My clients frequently ask me questions about the First Step Act (the “Act”) that was signed into law in December 2018, and how it changes existing laws as well as how it will affect their case or sentence. This is a brief summary and overview of my interpretation of the Act, and what I deem the most important aspects of the Act as they affect my clients.

• Expands the existing safety valve (18 USC §3553(f)) to include offenders with up to four criminal history points, excluding 1-point offenses, such as minor misdemeanors. Offenders with prior “3 point” felony convictions (sentences exceeding one year and one month) or prior “2 point” violent offenses (violent offenses with sentences of at least 60 days) will remain ineligible.

• Clarifies that the enhanced mandatory minimum sentences that apply for “second or subsequent convictions” of using a firearm during a crime of violence or drug crime (18 USC §924(c)) are limited to offenders who have previously been convicted and served a sentence for such an offense. The shortened mandatory sentences would not apply retroactively. (However, additional 924(c) charges would still stack with 5 years adding for each crime).

Compassionate Release and Other changes

• The Act also expands the compassionate and elderly release program to permit prisoners aged 60 years or older (instead of the current 65 years) or prisoners who are terminally ill to request compassionate release based on certain eligibility requirements.

• Also, the Act (1) requires that prisoners be placed as close as possible to their primary residence and to the extent practicable within 500 miles; (2) requires the BOP to place low risk and low needs prisoners on home confinement for the maximum authorized period; (3) prohibits the use of restraints on women during pregnancy, labor and postpartum; and (4) restricts the use of solitary confinement for juveniles.

• And, the bill reauthorizes the Second Chance Act, a federal grant program that provides employment assistance, substance abuse treatment, housing, and other services to individuals returning to society after serving a prison sentence.

• Earned time credits are new under the Act. Individuals can earn credits by completing rehabilitative programs and engaging in productive activities. They can earn up to 15 days credit for each 30 days of programming. These credits can be used for early transfer to a halfway house our home confinement.

Important Note: Several groups of people are ineligible for these credits, including non-citizens with immigration detainers, those charged with fentanyl or heroin offenses, to name a few.

• The Act also provides for 52 good time credit days that can be earned each year, which is up from the previous 47 days.

* This summary is not intended as legal advice and should not be relied upon as such, nor is this an exhaustive description of the Act.

← Prev: A Win in Federal Court - "Not Guilty" Next: Take a Look at this New Video by LGR Law → 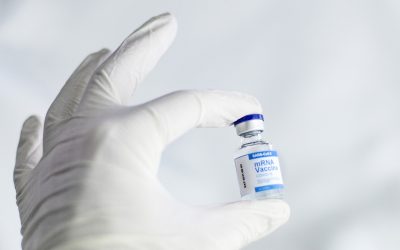